What to do when you find a dog! 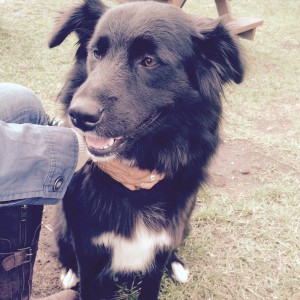 On our way to the airport today to drop off  my daughter in law and her friend, we spotted Maggie on the meridian of the round-about at McTavish Road – there were lots of cars coming and going around the circle and the dog was getting more and more agitated.  We stopped the car and Susan jumped out.  We continued around the circle to come back to Susan who had caught up with her.  She got in the car easily and knew to go right to the floor (instead of the seat).

I thought of how awful it was when my own dog went missing, often because of fireworks that spooked her and it turns out that is what may have also happened with this dog as well.

Through the power of social media, about five hours after we found her, Maggie was reunited with her owner.  Here are the steps that we took:

So there you have it – if you find a dog in Greater Victoria, those are some steps you can take to have him or her reunited with their worried owner.